An integrated graphics card is found standard on many laptops and notebooks, but they’re not always the best option for serious gamers. We’re here to look at the Intel Graphics HD 530 to see how it stacks up against the competition and whether or not it would serve you well in the gaming sphere.

Overview Of The Intel HD Graphics 530

Intel released the HD 530 in 2015, so in terms of other graphics, it’s not really that old. However, this graphics unit was only standard in a handful of devices before it was replaced with a newer and more powerful model.

The Intel HD Graphics 530 was designed to power up all kinds of multimedia with a strong focus on photos and videos. Although it was never designed to be a gaming unit, it may still be possible to enjoy some older titles on it with varied settings.

These graphics units are found integrated into a few different laptop and desktop processors that feature those in the Skylake generation. There were just a few brands and models that featured this exact processor as they were quick to update them with a newer version coming out. Overall, anything in the HD graphics family is designed to support multimedia use, and that’s what this one was able to achieve.

To learn a little more about the Intel HD graphics 530 capabilities, we need to investigate its features. Just like a computer, integrated graphics processors like this come with a variety of features that set them apart from others. This is what the 530 offers that others might not:

From Skylake generation of GPUs;

These features come standard with the graphics processor but as they don’t work alone, it’s not the only way to tell how they’ll perform. Other things need to be considered as it makes up a total package within a desktop PC or notebook, like RAM, CPU, and more.

The main interest that gamers and other end users have is how well the graphics processor helps it perform. Like other members of the HD Graphics integrated card family, the 530 is perfectly capable of handling most multimedia tasks like watching movies in HD, viewing images, browsing the web, and giving presentations on a larger scale.

When looking at the 530 for gaming specifically, it’s not quite as powerful as you’d hope for. Keep in mind that other factors need to be considered like TDP and maximum clock rate on offer for that laptop, so the performance is always going to differ.

If you’re using a desktop version of this integrated GPU then you’ll get power that can almost compete with a Nvidia GeForce 920M which means it’s able to handle games from around 2015 and earlier with varied settings. However, for the laptop versions, it probably won’t have adequate power for smooth gameplay.

To get the best use out of this graphics processor would be to use it on a desktop computer as you’ll have other aspects getting more from it. When placed into one of the laptops that they currently feature in, this GPU acts better as a multimedia support rather than something that allows smooth and crisp gameplay.

Laptops That Feature These Graphics

When the Intel HD Graphics was released in 2015, it only received a short time in the spotlight before being replaced with something better. Therefore, the number of laptops that use this graphics processor is somewhat limited. Here are just a few of the more popular devices that offer the Intel HD Graphics 530.

The T-series of notebooks from Lenovo are designed as work machines, but there’s nothing stopping you from using them at home also. This is one of the faster models thanks to the quad-core processor and with the 530 graphics card integrated it’s pretty great for other multimedia uses as well.

There are a few different versions on offer depending on what you want to spend and how much power you need. The base model cost around $1,5000 when released which isn’t that cheap for a non-gaming system, and comes with an Intel Core i5 processor, 4 GB of RAM and a full HD IPS display in matte.

You can configure the processor to your needs but the base level has more than sufficient power for office use. You’ll also get a suite of security and business features to help seal the deal, which further highlights how this is far better as a work computer and not one you’d spend hours gaming on.

Schenker is known for creating laptops that can be versatile and the Flex range, just as the name suggests, is highly configurable. There are varying versions available with different degrees of graphics capabilities, with the base model offering the Intel HD Graphics 530. For those with more serious needs, you can upgrade to the one with a GeForce GTX 950M GPU instead.

The Flex i5 is an affordable entry into the notebook market and even for the highly configured version. These machines were designed predominantly for office use but they’re more than capable of handling your entertainment needs as well.

In terms of gaming, they’re probably one of the better machines that can deliver on this front. When compared to other 15 inch laptops from this era it also performs quite well, even though it’s not one of the more common names in the US market.

The Asus G752 series of laptops are completely customizable to your needs, and their most basic models come equipped with the Intel HD Graphics 530. If you’re serious about gaming and prepared to spend a whole lot more on a machine that can handle newer games, you’ll want to stick to this model but upgrade to the one that offers the Nvidia graphics instead.

This is part of the ROG series of laptops which means they’re made for gamers, and they look just as good as they operate. There are various Intel Core processors available from the 6th Generation and you can choose how much RAM you need as well.

Expect to pay quite a lot for this, even with the base model. If you’re getting one that features the 530 graphics then it could be better to spend elsewhere with better graphics but not as much of the other stuff that isn’t as important for gameplay. 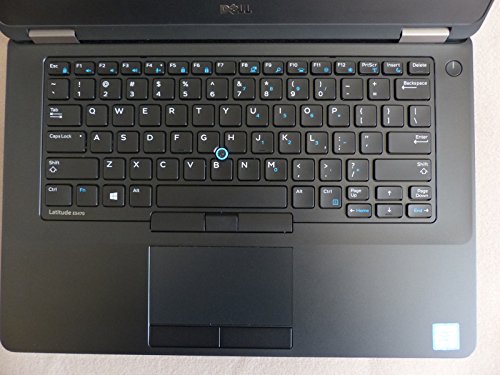 Coming from the Dell Latitude 14 series of notebooks is the E5470. This laptop was designed to be a workhorse for the office with very little room for home and entertainment. That’s not to say you won’t be able to enjoy some multimedia with the device, but it definitely shouldn’t be purchased for that reason alone.

With a 14 inch screen, it’s capable of powering up most applications, but not really designed as a gaming machine. Featuring the Intel HD Graphics and an AMD Radeon R7 M360 you’ll get plenty of enjoyment watching movies on HD with this device, as well as getting all of your required work done.

The multimedia features are worth a mention with everything from HD and FHD webcam available, noise-reducing microphone, and quality speakers. It also comes with a suite of security and business features that you can use in the office and at home to protect yourself and your laptop from any risks.

Fujitsu has created an affordable and entry-level laptop that is even capable of some gaming. This would be the type of device to suit a business user who liked to do some part-time gaming on the weekends, provided they were playing games that were a little older.

With a desktop quad-core processor from the Skylake range and integrated 530, it’s capable of covering most of your media needs as well as watching HD movies or editing photos. The CPU isn’t as powerful as you’d hope for though and it only features a TDP of 35 watts.

This weighs around 3.5lbs which means you can take it with you virtually anywhere. It’s got a great battery life as well so just one charge should get you around five hours of use. In terms of a traveling laptop that helps you work on the move and enjoy some entertainment as well, the Esprimo is a great option. 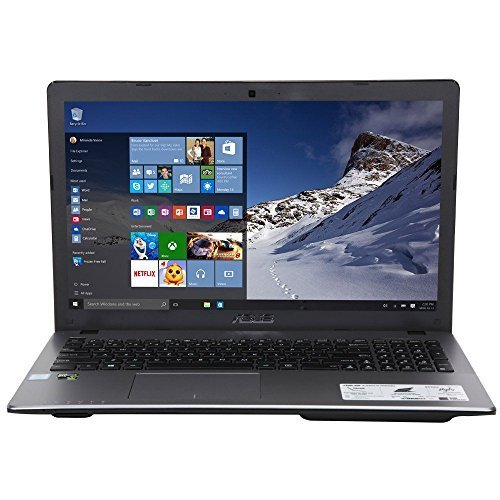 Another great addition to the list from Asus is the XX550VX from their X Series of office laptops. Equipped with the integrated Intel HD Graphics 530 that’s common for Skylake processors and a quad-core processor, it’s got enough power in it to handle everyday tasks.

Those wanting to use this laptop for casual gaming should be able to, but there may be a need to play on lower settings in modern games. The main purpose of this laptop was for the office and some basic home use, and so to get the best out of it that’s what you should stick to.

With a 15.6 inch screen, it’s pretty serious in size and the weight can be a burden also. However, the durability makes it all worth it and with the trusted Asus name behind it you’ll feel pretty confident that you’re getting a well-made machine.

The Intel HD Graphics 530 was certainly capable of powering up most general use laptops, but if you’re looking at it from a purely gaming perspective then it’s not going to be adequate. Games made after 2015 will be a struggle to enjoy with this graphics card and because it’s integrated there’s no way to customize it for a better experience.

Intel created their HD Graphics systems with multimedia in mind which means these cards are ideal for things like viewing HD movies or editing photos. The demands that modern games have from a laptop and its internal units are simply going to be too intense for this mid-level graphics processor to handle.

However, if you’re interested in games that aren’t necessarily brand new and don’t mind lowering the settings somewhat on those from 2015 and beyond, these graphics could be enough. You’ll need to make sure you choose the right laptop that houses the unit though; otherwise, it will be of no use.

While the Intel HD Graphics 530 is capable of great things when collaborating with other systems, in a laptop it’s never going to be able to compare to external graphics chips like the Nvidia. If you’re willing to sacrifice on playing high-end games and use this more for a home and office device though, the 530 will certainly do you well.